In the PSAC-BC Region young workers who are thirty-five years of age and under actively come together to share their experiences, discuss common struggles, and analyze the issues they face at work and in the Union.

We first formed as a Caucus in 2002 through the Solidarity Campaign for Young Workers and held many events and educational opportunities designed to appeal to younger workers. In 2012, the PSAC formally recognized the need for Young Worker Committees in the Regions. BC was the first to form such geographically-based committees, beginning with Vancouver Island, and soon after for the BC Mainland and Haida Gwaii.

Young Workers have a political voice - for PSAC BC there is a Regional Council Young Workers Coordinator, James Brierley. 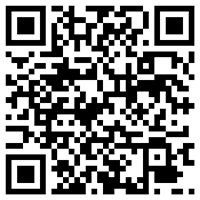 Here are the minutes of the various Young Workers Committee and Caucus meetings.

Webinar recording: PSAC Social Justice Fund - stories from Guatemala
January 5, 2021 - 12:37pm •
On November 26, 2020 the PSAC Education and PSAC Social Justice Fund presented the webinar “Worker Solidarity in Action: Stories from Guatemala”. During this webinar, participants got to learn about the PSAC Social Justice Fund and what members are doing to advance social justice at home and around the globe, the connection between injustices in Canada and Guatemala, and why Worker education and exchanges are essential to promoting solidarity amongst workers globally.
Video: Todd Smith on PSAC's International Solidarity work in Guatemala.
June 11, 2020 - 10:04am •
Todd Smith is a PSAC member from BC who travelled to Guatemala in March 2020 as part of the PSAC Social Justice Fund's Education In Action delegation. Along with ten other PSAC members from across the country, Todd was there to learn more about the culture and some of the struggles Mayan people face daily and build solidarity between Canada and indigenous communities in Guatemala. http://youtu.be/V7TgCqUzq3g More about the Comité Campesino del Altiplano (CCDA)
Sign the petition: Install AEDs in federal workplaces
April 8, 2020 - 9:24am •
Whereas:   Research supports the fact that quick access to Automated External Defibrillators (AEDs) saves lives; Some provinces and municipalities in Canada have already legislated that AEDs be available in workplaces and public areas; and As the Federal Government of Canada does not have a consistent approach to the installation of AEDs in it’s workplaces and the areas it’s serves the citizens of Canada in.
Report: BC Fed 2019 Young Workers' School at Camp Jubilee
August 20, 2019 - 11:53am •
Many thanks to Corinne Foster, a young worker and PSAC member who attended the BC Federation of Labour School at Camp Jubilee, and shared this report with us. For more information about PSAC BC's Young Worker Committees and initiatives, vist http://psacbc.com/our-organization/young-workers Camp Jubilee: June 14-16, 2019 a report by: Corinne FOSTER Learning
Grant's Law Sit In - May 25
May 3, 2019 - 8:57am •
Grant’s Law was put in place to safeguard our exposed and vulnerable late night workers who often work alone and exposed to higher rates of violence in the workplace. These workers are very often young workers as well, starting out in their careers in the workforce.
PSAC hosts its first National Young Workers' Forum
December 18, 2018 - 9:08am •
PSAC’s youngest members met in the Ottawa from December 7 to 9 to take part in the very first national gathering of young workers. A selection of nearly 50 delegates, all aged 35 and younger, traveled across the country to receiving training, and to strategize around and discuss important issues facing the youngest demographic of Canada’s workforce.
Vancouver Island Young Worker Committee update
October 15, 2018 - 2:57pm •
On September 27th the Vancouver Island Young Worker Committee elected new leadership and executive members to take the committee forward into 2019 and beyond. Please welcome the revamped and new executive members to the committee and stay tuned for initiatives from your Vancouver Island Young Worker committee going forward.
2018 National Young Worker Forum
October 12, 2018 - 2:18pm •
The Alliance Executive Committee (AEC) has approved a one-time National Young Worker Forum to be held in Ottawa from December 7-9. This forum is an opportunity for a limited number of young workers (age 35 or under) to participate in a dynamic weekend of networking and planning for the 2019-2021 cycle. The goal is to see many robust regional young worker committees thriving and more young PSAC members using these committees to plug into their union.
2018 PSAC B.C. Regional Young Workers' Summit: Shaping Our Future Now
September 10, 2018 - 9:48am •
To:PSAC Locals in the B.C. Region
PSAC BC Mainland & Haida Gwaii Young Workers Committee - Soaring to Success Campaign
July 17, 2018 - 1:28pm •
To PSAC Locals/Branches, Area Councils and Regional Committees in BC: On behalf of the Mainland & Haida Gwaii Young Worker Committee, we would like to wish all PSAC members a very happy National Indigenous Peoples Day! To mark the occasion, we are writing to share an important initiative - Soaring to Success - by a group of Indigenous workers that came out of the PSAC’s Introduction to the Union for Indigenous Members course.