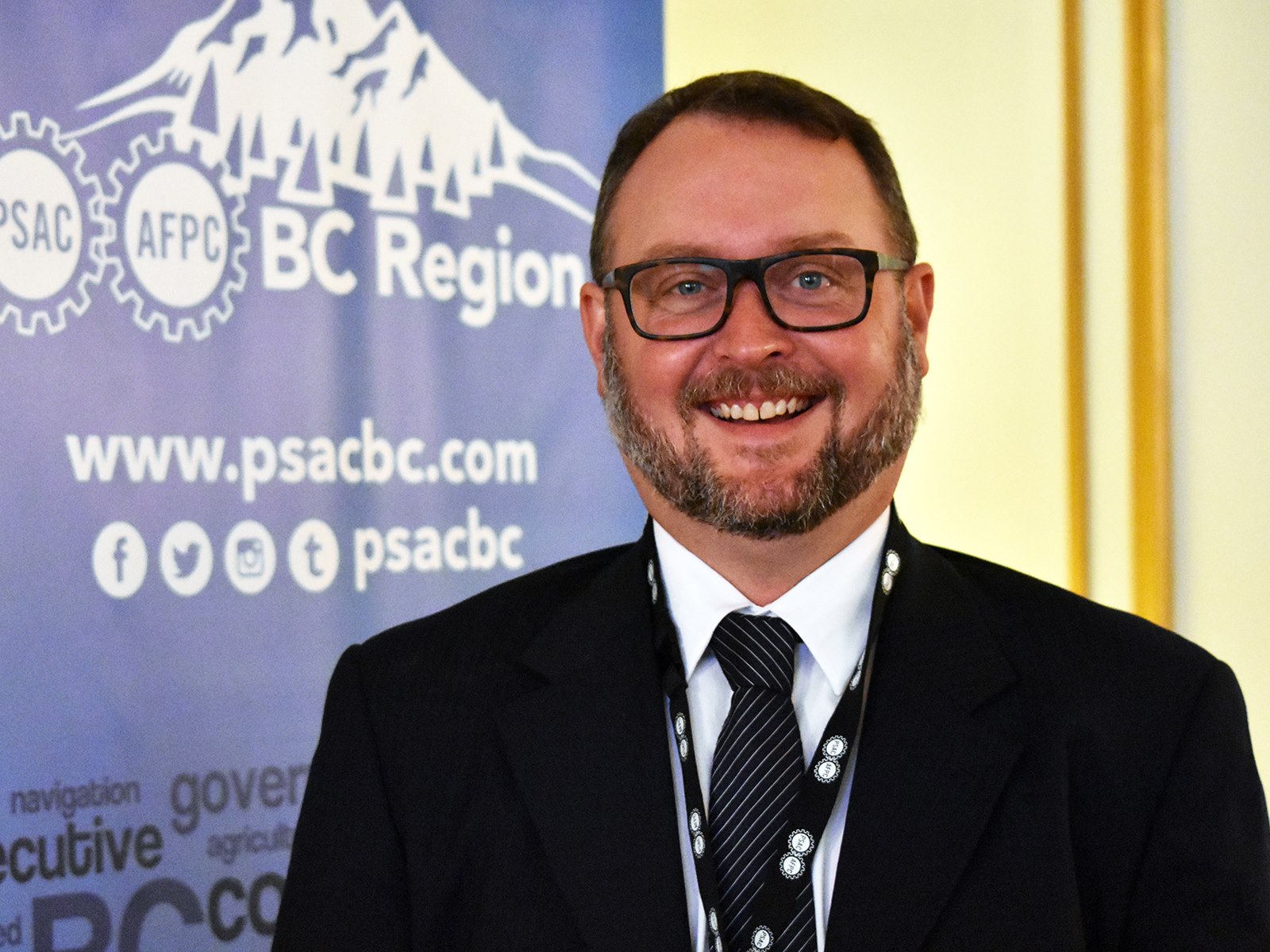 As the REVP, Jamey is responsible for the following in the BC Region:

Nationally, he sits on the Alliance Executive Committee (AEC) along with the six other REVPs and the National President and Vice President. Jamey's portfolios on the AEC include Young Workers' Initiatives, the Collective Bargaining Commitee, the Environment, and CFIA and EB Group bargaining.

BC Regional Council meeting minutes and REVP report - January 2020
February 1, 2021 - 1:59pm •
Here is the REVP report (Coordinators were not required to provide a report to this meeting), meeting and teleconference call minutes, and meeting agenda presented at the January 2021 PSAC BC Regional Council meeting which was held virtually.
Seasons Greetings and Solidarity: a message from REVP Jamey Mills
December 20, 2020 - 3:25pm •
Friends, On behalf of the all the staff in the PSAC BC Region and the PSAC BC Regional Council, I wish you and your families a happy and safe holiday season. 2020 has not been an easy year. The pandemic has touched every part of our lives in many profound ways and will continue to do so for some time. Thankfully, there is a light at the end of the tunnel, but we must all continue to do our part to stop the spread of the virus.
Call Out and Guide: 8th PSAC B.C. Regional Triennial Convention - May 6-9, 2021
November 27, 2020 - 4:11pm •
Sisters, Brothers and Friends, We hope this new Convention Call will provide you with all the information you will need to register and participate in the 8th B.C. Regional Triennial Convention of the Public Service Alliance of Canada. Our Convention will be held online, beginning Thursday, May 6 and concluding on Sunday, May 9.
BC Regional Council meeting minutes and REVP report - October 2020
November 27, 2020 - 2:41pm •
Here is the REVP report, meeting and teleconference call minutes, and meeting agenda presented at the October 2020 PSAC BC Regional Council meeting which was held virtually.
Message from the PSAC National President on the rescheduled regional conventions
November 27, 2020 - 10:25am •
The COVID-19 pandemic has impacted members and our communities across the country. This continues to be a challenging time for everyone, and I salute the dedication of our activists in continuing to serve the membership.
PSAC BC Regional Convention Update
September 23, 2020 - 9:44am •
RESCHEDULED PSAC B.C. REGIONAL CONVENTION On March 15 the PSAC made the difficult decision to suspend all activities that required a large gathering of members. This included the PSAC B.C. Regional Triennial Convention, originally scheduled for May 1-3, 2020.
Submission to WorkSafe BC on the addition of COVID-19 to Schedule 1 of the Workers Compensation Act
June 15, 2020 - 8:28am •
In late April, WorkSafeBC’s Board of Directors directed the Policy, Regulation and Research Division to add COVID-19 (or potentially more broadly, coronaviruses or respiratory communicable diseases) to the list of diseases in Schedule 1 of the Workers Compensation Act on an expedited process.
PSAC Telephone Townhall recording - May 13 2020
May 19, 2020 - 12:38pm •
National President, Executive Vice-President to host telephone town halls - May 13 6PM PT for members in BC
May 8, 2020 - 9:23am •
Six O'Clock Solidarity Saturday
May 7, 2020 - 8:51am •
May 16 from 6PM to 7PM! Join PSAC members from across the province and the PSAC BC Mainland Human Rights Committee for an evening of music, fun and Solidarity... online. RSVP below and we'll send you a link to the online event. See you on May 16th for Solidarity Saturday!